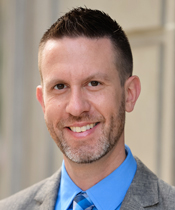 Thank you for contacting us, we'll get back to you shortly.

Sorry, we are unable to send your message at the moment. Please try again later.
Ryan Snedaker moved to the Washington, DC area 20 years ago from the state of Ohio and has been a resident of the Edgewood neighborhood in NE DC for the past 15 years. Ryan received a business management degree from Cedarville College near Dayton, Ohio with the intention of running his families restaurant business. After several years of managing the restaurant, Ryan decided this was not the life path that was right for him. Travel had always been a passion of Ryan’s, so he applied to become a flight attendant for a major US airline. He was hired by the airline and was based in Baltimore, Maryland. After living in the Nation’s Capital region for several year, Ryan started developing an interest in all things real estate. He decided to get his Maryland Real Estate license and was presented an opportunity to join Keller Williams Realty as a showing agent for one of their teams. It was during this time that Ryan expanded his licensure and expertise to include Washington, DC and Virginia as he felt if was important to be able to serve the real estate needs of the entire DMV (District, Maryland, Virginia) region. After several years as a showing agent Ryan decided to branch out and become a full time individual real estate agent. This decision brought him to M Squared Real Estate 6 years ago where has been successful incorporating both his flight attendant and real estate careers. To quote Ryan, “What I love about real estate is the opportunity to help people move their lives forward. I take great pride in providing outstanding client service to every seller and buyer I work with. When a transaction is finished my goal is to have provided you with 5 star service, and piece of mind that I will provide all of your referrals with the same attention to detail and service that you received.”

Traveling is by far Ryan’s biggest passion outside of the working world. He and his spouse have traveled to 6 of the 7 continents and to over 33 different countries. His personal quote is “I haven’t been there yet, but it’s on my list!”. As he’s gotten older, Ryan has become more interested in the ancient history and archaeology of the various cities and countries he’s traveled, as well as a strong desire to learn about the various cultures of people from all over the world. He didn’t used to have a passion for things like this when he was younger, but say’s he thinks it’s an appreciation you earn as you age.

“Twenty years from now you will be more disappointed by the things you didn’t do than by the ones you did do. So throw off the bowlines. Sail away from the safe harbor. Catch the trade winds in your sails. Explore. Dream. Discover.”
– H. Jackson Brown

Listing information provided courtesy of the Bright MLS. IDX information is provided exclusively for consumers' personal, non-commercial use, and it may not be used for any purpose other than to identify prospective properties consumers may be interested in purchasing. The data is deemed reliable, but is not guaranteed accurate by the MLS.